National Curriculum and Textbook Board commonly known as NCTB, is the apex body for developing and revising national curriculum for Pre-primary, Primary, Secondary and Higher secondary level as well as developing and refining textbooks and others teaching learning materials based on the national curriculum. NCTB is also printing and distributing Pre-primary, Primary, Secondary, Ebtedayee, Dakhil and Dakhil Vocational level textbook for the students according to the demand of ministry of Education free of cost. According to the number of publishing textbooks, it is the largest publishing house in the world. It is the largest autonomous body under the Ministry of Education (MoE).NCTB Job Circular 2019 has been published yet.You can see the circular by clicking image. 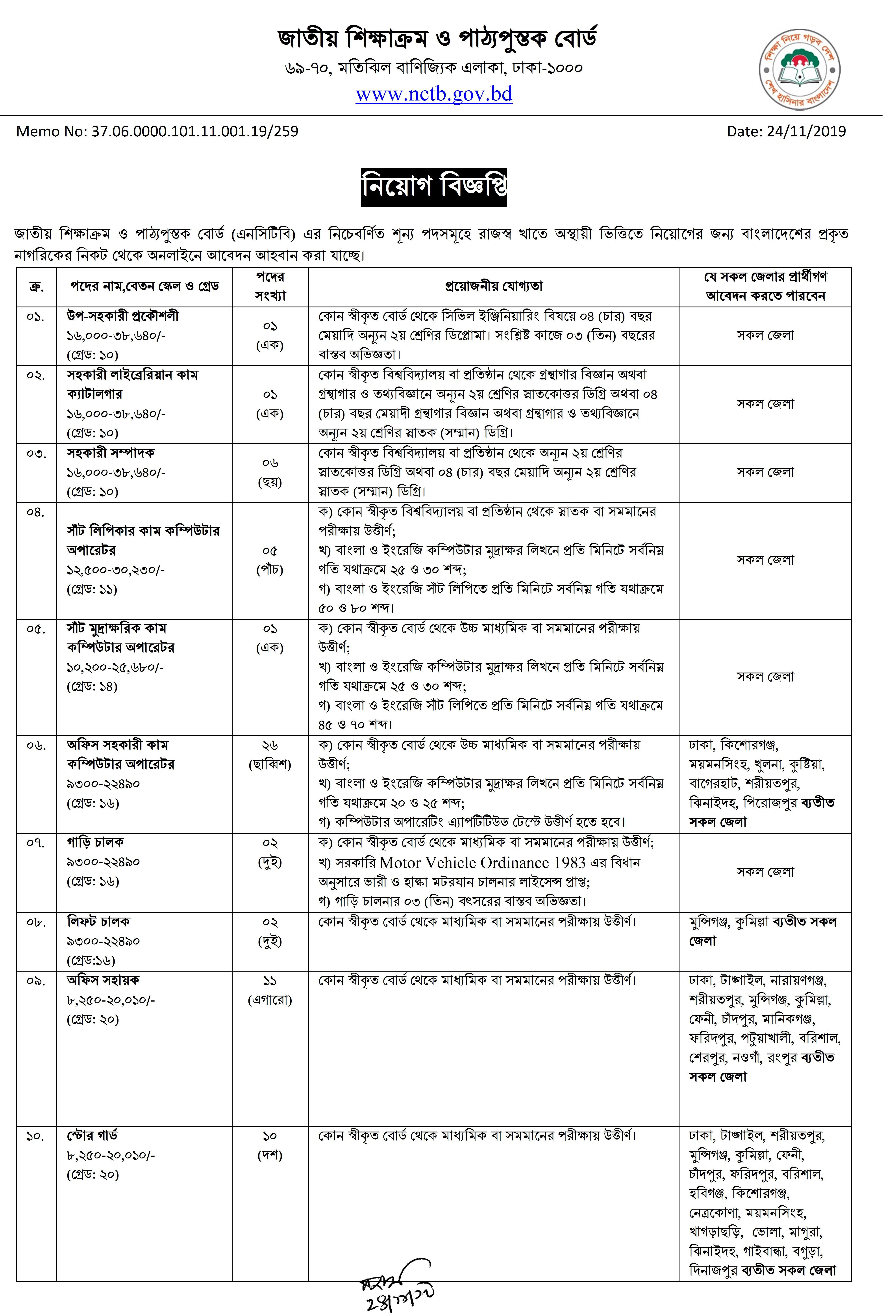 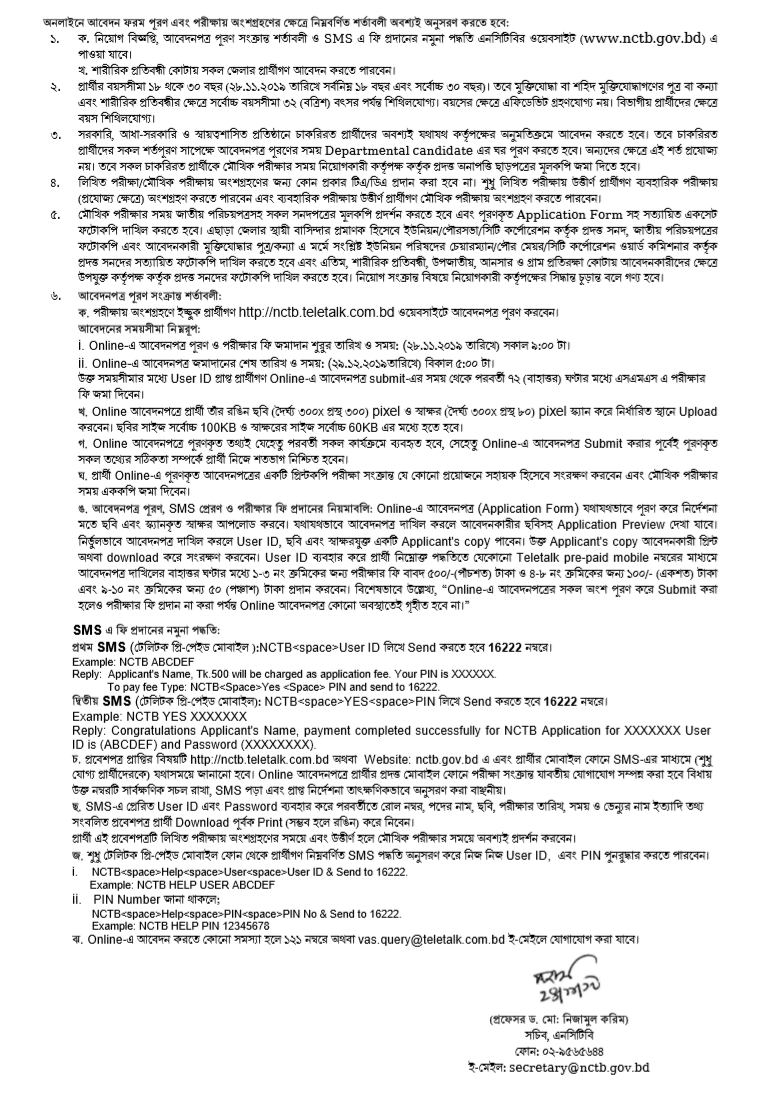