In the year 1976 the assets and liability of the company were transferred and handed over to Bangladesh Petroleum Corporation (BPC) as per BPC Ordinance no. LXXXVIII. Since then Meghna Petroleum Limited has been functioning as a subsidiary of BPC The Company started its journey with an Authorized Capital and Paid-up Capital of Taka 108.22 Crore only. The Company was converted into Public Limited Company from a Private Limited Company on 29th May 2007 and its Authorized Capital was increased to Tk. 4000 million. On 17th January 2014 the Paid-up Capital of the Company was increased to 983.8 million by issuing Bonus Share. The Company was enlisted with Dhaka Stock Exchange Limited (DSE) and Chittagong Stock Exchange Limited (CSE) on 14th November 2007 and 2nd December 2007 respectively with a view of off-load of 30% i.e. 1.20 Crore shares under direct listing procedure. On 14th January, 2008 the shares of the company were off-loaded in the two Capital Market. Later on as per Govt, decision BPC has been off-loaded another 17% share of the Company during the period from July 2011 to September 2011 under the same procedure. 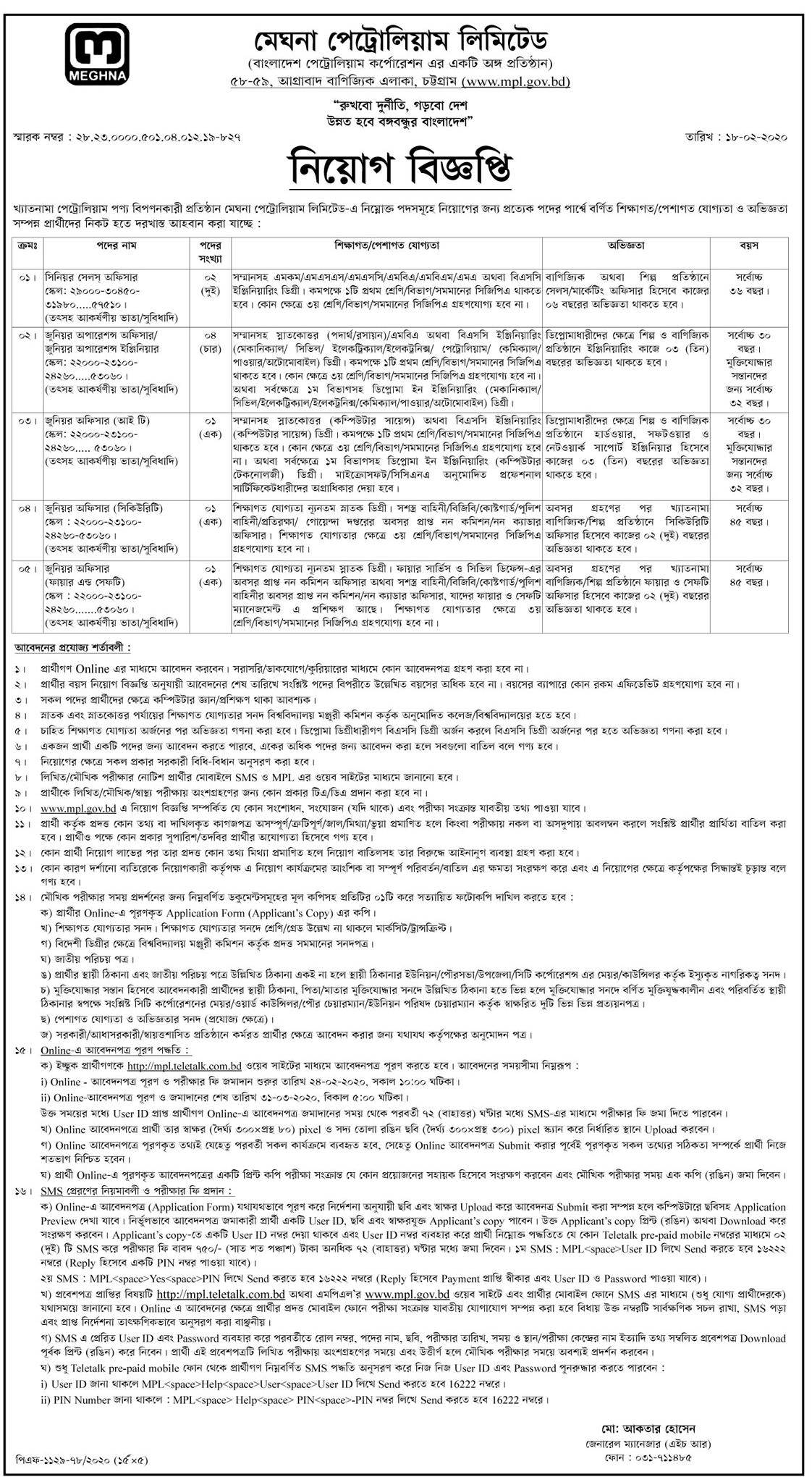