The Bangladesh Shipping Corporation (BSC), a state owned and managed public sector Corporation, is the largest ship owner in Bangladesh was established on 5th February 1972 under President’s Order No. 10 of 1972 with the objectives of providing efficient, safe, reliable and economic shipping services to the local exporters, importers and business houses, to develop sustainable shipping and ancillary infrastructures in a sovereign nation which just became independent on 16th December 1971 after a nine-month long liberation war and thereby reducing dependence on foreign flag vessels to stop drainage of hard earned foreign exchange from the national exchequer.

The authorized capital of the Corporation is Taka 25 crores divided into 25 lac shares of Taka 100 each. As on 30.06.2005 the issued and paid up capital is Taka 20 Crores. Bangladesh Government is holding shares in the amount of Taka 17.50 crores i.e. 87.50% of the total shares and balance shares of Taka 2.50 crores equivalent to 12.50% are owned by various banks, financial institutions and other private shareholders. To accommodate Government approved equity and facilitate further issuance of BSC`s shares to collect capital for funding development projects, a proposal for raising authorized capital from Taka 25 crores to Taka 400 crores and paid-up capital from Taka 20 crores to Taka 350 crores has been approved by the Government. Accordingly a proposal for amending concerned sections and/or articles of President’s Order No. 10 of 1972 is under process. Bangladesh Shipping Corporation BSC Job Circular 2020 has been given below: 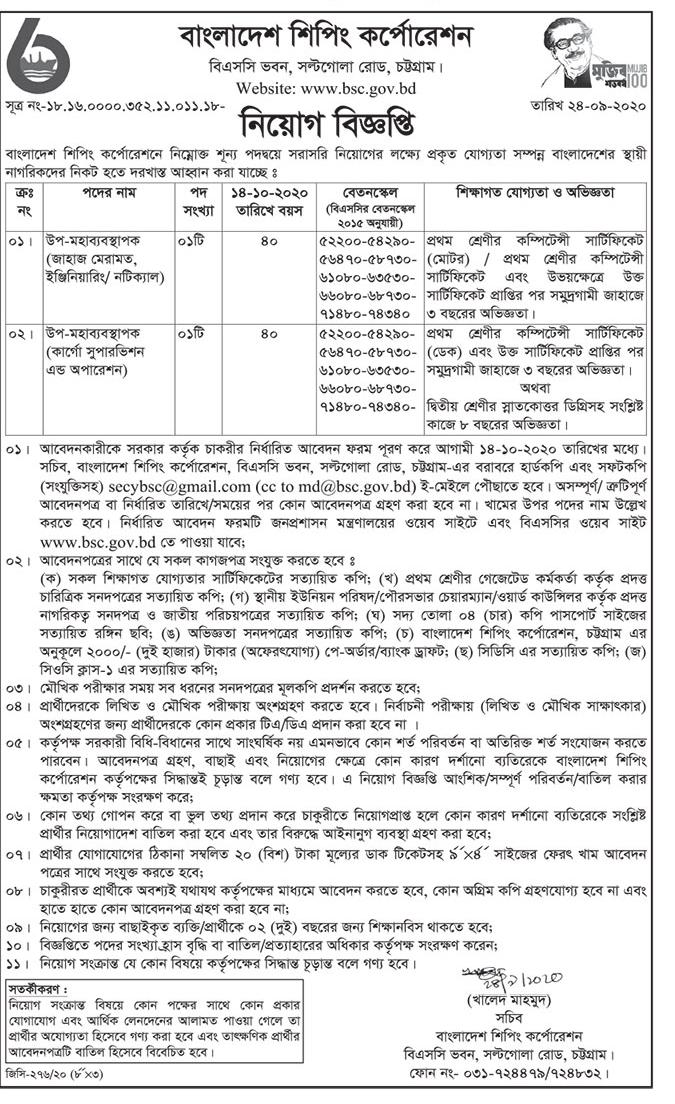