ASA NGO job circular 2021 has been published by the authority. It’s a great opportunity to unemployed people. ASA is the most valuable NGO of Bangladesh. To get the job chances in ASA , anyone can take this opportunity. To get ASA job circular 2021 related to all information,you can visit our website that is jobs.lekhaporabd.com. ASA is giving to people for exciting career opportunities this NGO. ASA thinks that young and energetic people are the key to success in this non-government sector. 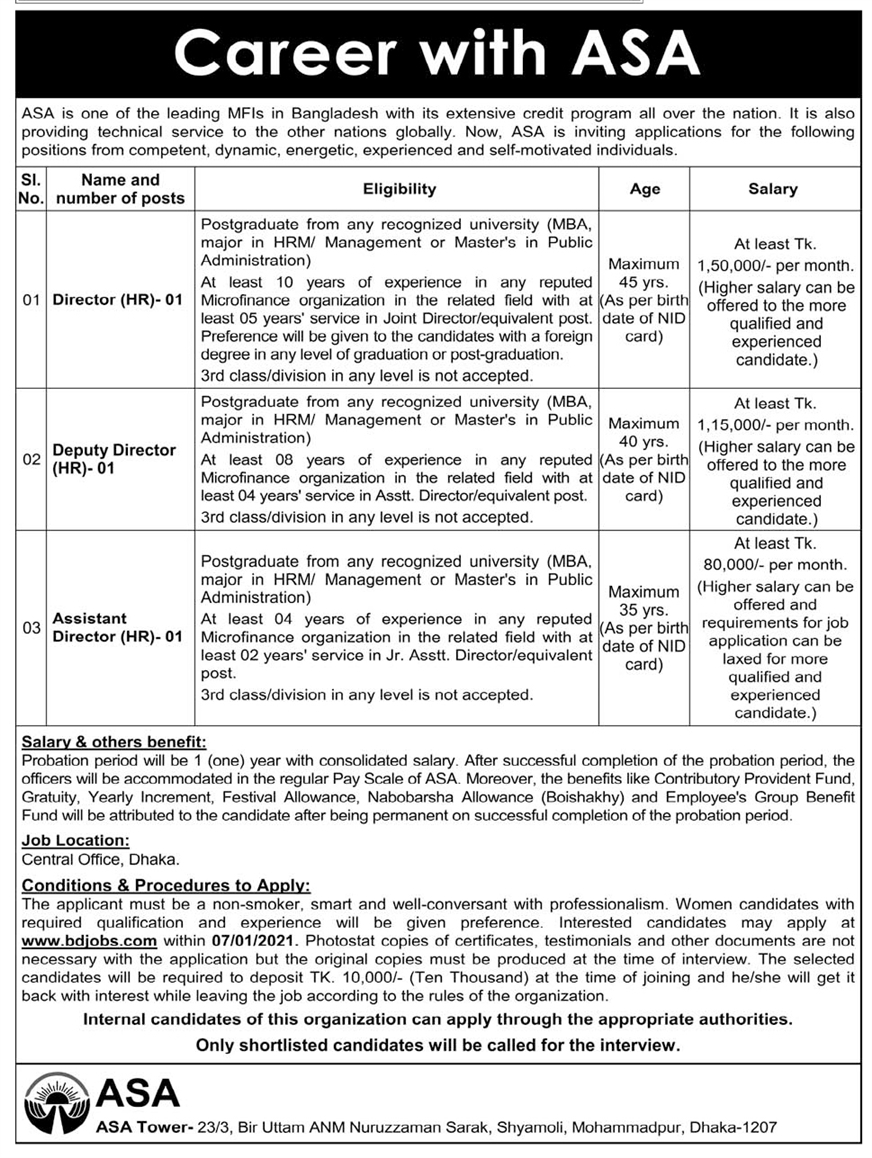 In 1971, Bangladesh emerged as an independent nation through a bloody war and at a cost of millions of lives. The country was left behind in a state ravaged by the war and natural disaster, but populated by a significant number of young people full of hope, energy and commitment for reconstruction and nation-building. The economy of Bangladesh is by and large dependent on agriculture as its major segment of population lives in rural areas. During the post-war era, its economy suffered a huge blow due to the political upheaval and poor control mechanism. Main constraints were frequent agitations, political unrest and numerous changes of governments that were too inexperienced to uphold stability and discipline. In such chaotic circumstances, policy formulation or planning for development was difficult. The situation even got worse when a famine broke-out in 1974.

The economic growth was hindered and unemployment rate soared. Measures taken by the government were appallingly insufficient. As the new government was struggling to meet the challenges with inadequate resources and insufficient foreign aids, small non-government organizations emerged over the 1970s to provide relief and rehabilitation along with community development. The administrative structure, that followed a top-down approach for development, could not cope with the actual socio-economic reality as the institutional structures failed to reach the downtrodden people. In those volatile days ASA was born in 1978 at a remote village Tapra, under the then Manikganj sub-division about 80 kilometers away from the capital Dhaka with a mission to welfare of the poor.